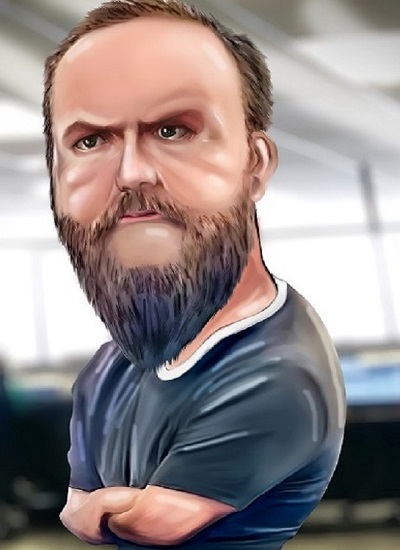 In the morning, Derek Page wakes up at 6 a.m., and after many trials and tribulations with public transit, arrives at his desk, a zone that’s not clean per se, but where everything has its place and is not to be disturbed.

Throughout the day his quests consist of calling clients, writing emails, ensuring that everything is done accurately and with quality, and exceling at Excel.

During the workday battle, although he comes up against many events that show potential to ruin his day, nothing really bothers him for much more than an hour. Negative feelings pass quickly, and Derek carries on.

After all, one can get through anything when there’s free oatmeal available and, of course, awesome people around.

Derek appreciates his co-workers for their sense of humor and the long walks they take together on the beach.

It’s important to have a good support system on the job. With it, you can make any mission possible.

When asked what he’d like to add, Derek stated that he enjoys video games, as well as playing with his daughter, and that his wife is pretty cool. He also stated that he’s bad at writing about himself. But hey, the content writers at LinkNow can work with anything (insert cringey wink face here) and what is the LinkNow family, if not cooperative?

Derek’s three keys for success in the design department:

There are currently no comments for A Day in the Life of: Derek Page Designer Assistant [Series Post #11].