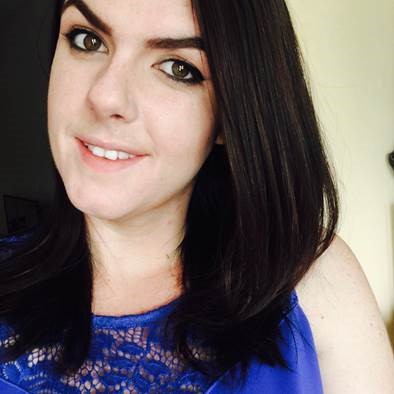 Maria’s morning is focused on two things: Getting to work as early as possible, and getting an Egg McMuffin from McDonalds on the way. This is her favorite part of the morning, but because she prioritizes being on time, she only stops for one two or three times a week—which is probably more than enough for the average person health-wise anyhow!At work, she’s fairly organized, but she jokes that she likes to keep little Post-it notes that co-workers have written with cute sayings as reminders of how great other people think she is.

Throughout the day, Maria’s tasks include calling clients and explaining to them issues with access to their Google Maps, which often turns into a lengthy discussion about web marketing, how it works and why it’s important to follow certain rules. Other times she is busy calling Google and troubleshooting, or answering questions from co-workers.

When it comes to breaks, often she skips them. There’s always something to do, and she’s a workaholic. She doesn’t even mind though, because time passes so quickly at LinkNow Media! She thrives when she’s on her feet, and every new problem is also a challenge, because there’s a solution waiting for each in the end. Maria tries to not let anything ruin her day, but she hates making mistakes.

When she’s missed something on a file or doesn’t know the answer to a process, it’s frustrating. She has to remind herself that she’s human and that there’s always another chance to do things the right way. In the end, the thing that ruins her day the most is getting sick and having to miss work, since she loves the job so much!

Maria is a problem solver, and she thrives in the environment of online marketing because of how dynamic it is. Things are always changing which can be frustrating, and again–challenging. But she comes back every day excited for work because she enjoys a good challenge. Even when the workload seems overwhelming, it’s just a reminder to Maria that she needs to focus on prioritizing better, delegating more and rising to the occasion.

Enjoying the people you work with helps too. Maria loves how everyone she works with has such a unique personality. There is such a variety of educational backgrounds, life experience and personalities so that there is never a dull moment. She also appreciates that her co-workers take their jobs seriously and work well together as a team.

1. Show up on time and make the most of your time at work. 2. Don’t waste time on inessential tasks– work smarter, not harder! 3. ATTITUDE IS EVERYTHING! Having a positive attitude makes even the toughest problems seem easy.

There are currently no comments for A Day in theLife of: Maria Johnson Local Marketing Support [Series Post #12].