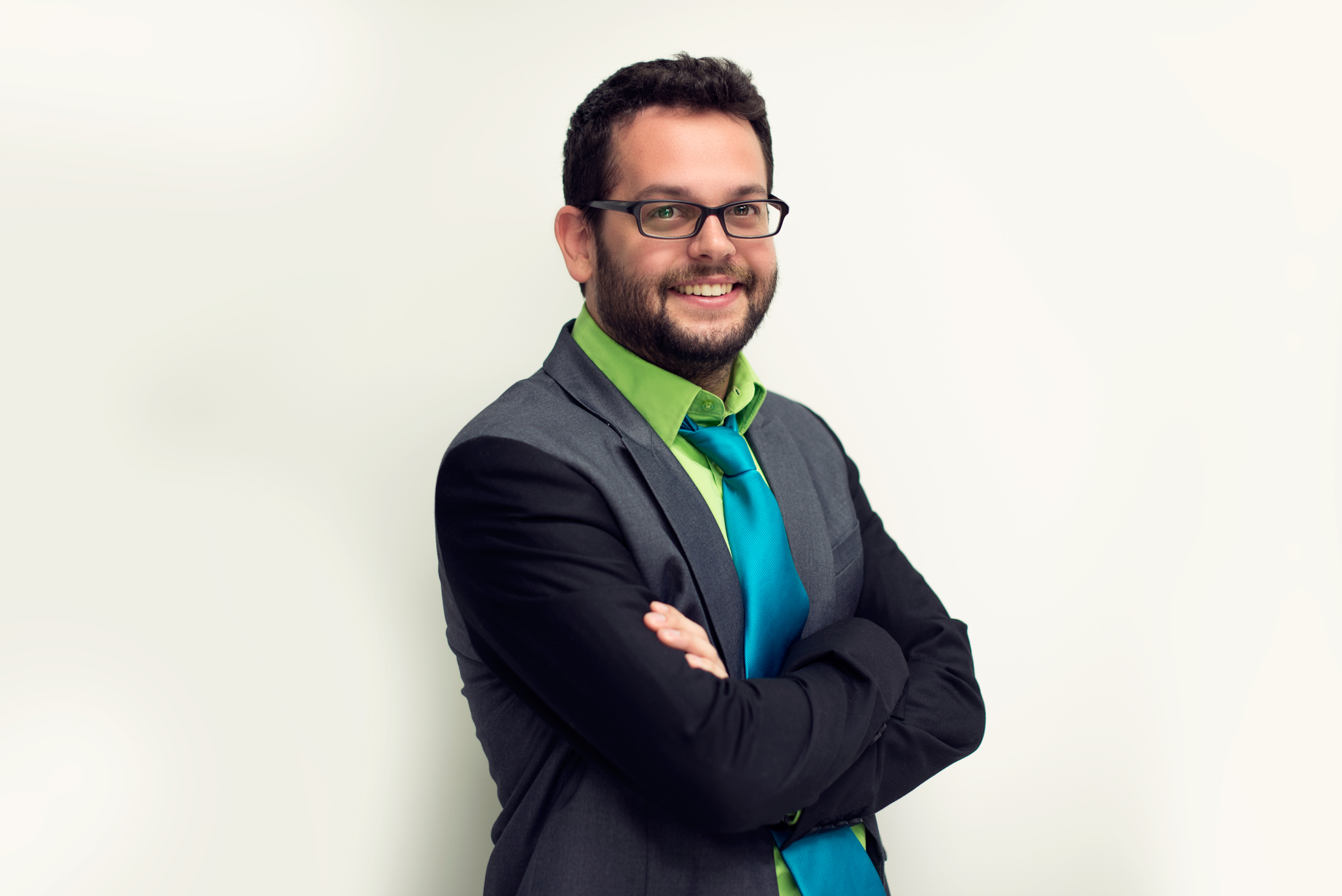 Andrew starts his morning by getting his face licked by his puppy, Cobra. He’s not a morning person and before Cobra, had no problem sleeping literally all day. However, she wakes him up five to ten minutes before the alarm every day—which makes waking up that much worse!

She does get rewarded with food and playing though, and then with 20 minutes left to make it to work on time, Andrew will rush all the way to the car! Thankfully, he lives a couple blocks away so can jump in the car, blast the first three minutes of a Metallica song, and get to the office with a couple minutes to spare.

He’ll make a coffee or get someone else to do it, and then he’s ready for the day.

It’s a good thing Andrew keeps his desk fun, because he doesn’t take breaks. He states that when everyone else is on a break, he’s most productive at getting his own tasks and emails back on track.

As a manger, throughout the day Andrew coaches staff, answers questions and figures out the best strategies for marketing clients so that the company can keep them! He’ll come up with fresh ideas on how to improve LinkNow, procedures and clients…and shoot a couple people with a Nerf gun. You could argue this isn’t exactly a task, but hey, when you have around 3000 Nerf bullets in a locked drawer, you’d better be using them.

Work is a lot of fun, but if you want to ruin Andrew’s day, don’t do your job properly. He’s extremely lenient, but if someone works at the company a long time and doesn’t know procedures, it’ll make him grumpy, especially if it affects his own department and they have to do damage control.

Andrew loves everything about his job—his team and the people he works with are the best! He gets to run crazy office pranks like building walls around the design team, filling up thousands of cups with water and earth and covering the entire sales floor so they have to clean up the mess (not really the most fun for them). When it comes to pranks, you’ll want to be on the Customer Service team, where you can work hard, but play hard too.

Andrew started off as a designer six years ago. He loves figuring out the best marketing for people, which made him the perfect candidate for his current job. His favorite thing about the people he works with is that they all fit really well into the team and gel together. They all have a great sense of humor so telling jokes, pranking them, or photoshopping them into a funny birthday card is easy.

Pro tip: If you’re applying for Customer Service, make Andrew laugh during the interview or at least try. If you don’t mesh with the team, you won’t be part of it. Work should be a good time, but when there’s work to be done—kill it and get it done!

Don’t challenge Andrew at anything, especially prank wars, Nerf wars or paintball. He WILL win at everything!

There are currently no comments for A Day in the Life Of: Andrew Mendel Director of Customer Care [Series Post #17].