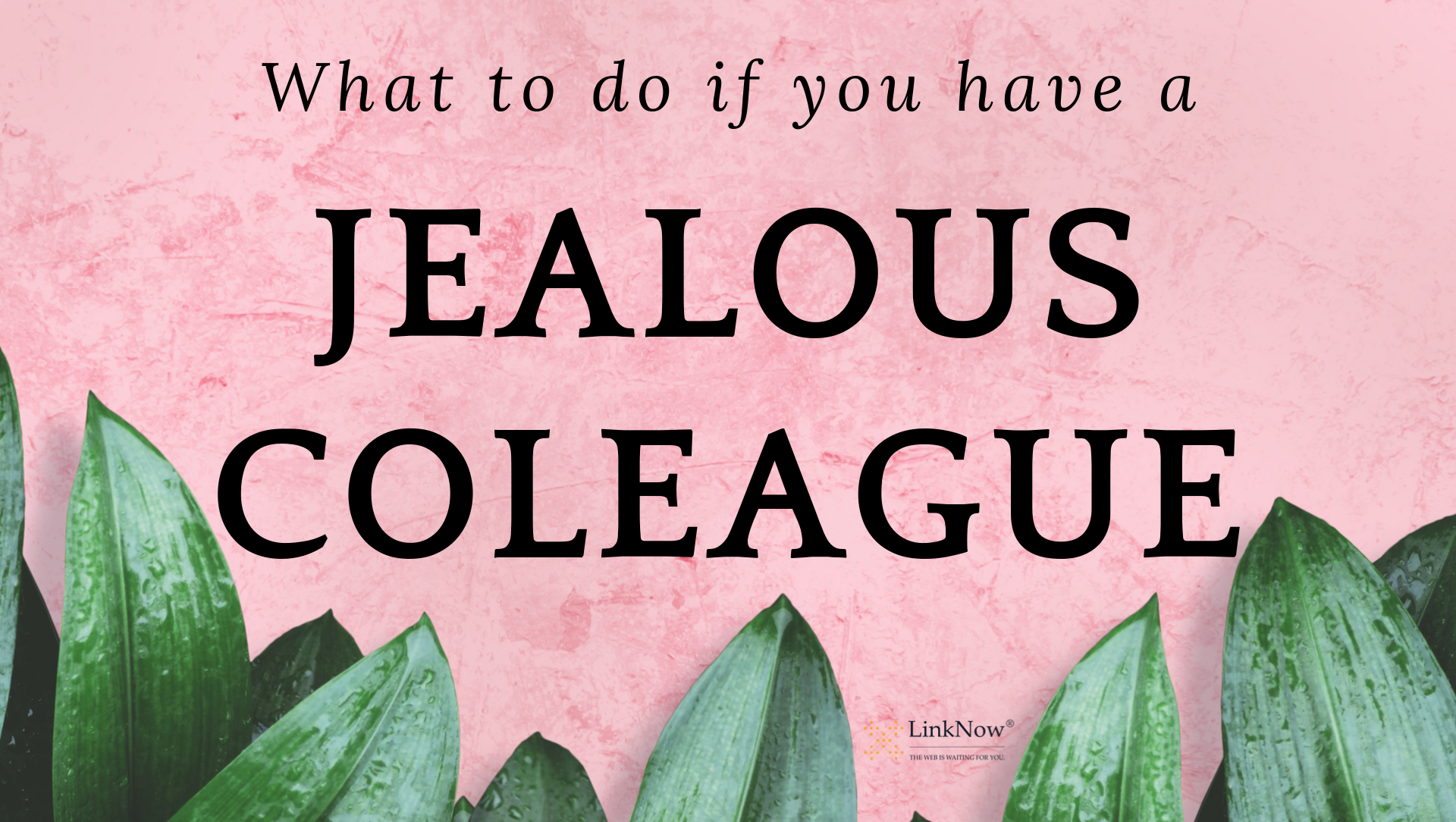 Does your office feel less like a team and more like a middle school? That sentiment may point to a more serious underlying problem: Jealous coworkers. Jealousy is a natural human emotion that we’ve all experienced at one point or another. But it should never dominate our relationships with other people–especially the colleagues that we have to work with every day. If you suspect your coworkers may be jealous of you, here are seven signs to confirm (or deny!) your beliefs:

You made a typo. It’s a non-issue, yet your coworker just can’t stop bringing it up. If they’re constantly celebrating your mistakes and reveling in the times you fail, that’s a tell-tale sign they’re jealous of the times you succeed. What to do: If possible, you should ignore their showboating in the hopes that it’ll eventually stop. If that doesn’t work, try speaking to them, your manager, or HR.

You go out of your way to help them, but they don’t help you? That may mean they want you to fail because they hate seeing you succeed. What to do: They may be jealous, or they may be oblivious to the fact that you do need help. Ask them directly to give you a hand. If that fails, find someone else.

Maybe they embarrass you in front of others. Maybe they highlight every little mistake you make (see #1). Maybe they don’t understand the basic rules of etiquette and are overly negative. But it’s also likely that this type of behaviour comes from a place of resentment. Maybe they see your success as a threat, so they want to knock you down a peg. What to do: Distinguish the good bits of criticism from the petty little digs. The problem may not be that they’re jealous, but rather that they don’t understand how to provide effective feedback. If the issue persists, then it may be time to raise your concerns, either with them or a superior.

Are your coworkers chatterboxes until you enter the room? They may be talking smack behind your back. We’re not saying you should instantly be suspicious of the slightest whisper of gossip, but trust your gut if you notice a consistent pattern form. What to do: Try talking to them, but keep it positive. Maybe there’s a reason they seem to be excluding you from their conversations.

5.      They give you backhanded compliments

Ugh. The backhanded compliment: The ultimate form of passive-aggressiveness. Whether a coworker happens to criticize you for your appearance, personality, or personal life, these sorts of comments should not be tolerated. What to do: If it’s an ongoing problem, confront them. Tell them that their comments make you feel uncomfortable and ask them to stop.

Is your coworker trying to drag you down by disrupting your productivity? Chances are, they see your success getting in the way of theirs. What to do: This is a serious concern that needs to be addressed immediately. If a coworker is trying to limit your performance, talk to a manager ASAP.

Lying usually signifies a deeper, underlying issue, such as a lack of trust or feelings of inadequacy. If you have a coworker that’s trying to tangle you up in a web of lies, it may mean they covet your position within the team, or they view your success with envy. What to do: Office gossip is one thing. Spreading lies is a whole other can of worms. Talk to your manager, talk to HR, and set the record straight.

Key Takeaways: The Dos and Don’ts with Jealous Coworkers

Need to Escape a Toxic Work Environment? LinkNow Media Might Be the Ticket You Need!

As one of Canada’s fastest-growing companies, LinkNow Media is always on the lookout for fresh talent to join its roster. We are an equal opportunity employer that values diversity in belief, opinion, age, race, gender, religion, sexual orientation, and physical ability. If you’ve struggled with being bullied or harassed at previous workplaces, know that our team does not tolerate such behaviour. To join our fun and dynamic team, head on over to our careers page, and find your role today!

There are currently no comments for 7 Signs Your Coworkers Are Jealous of You (and What to Do About It).