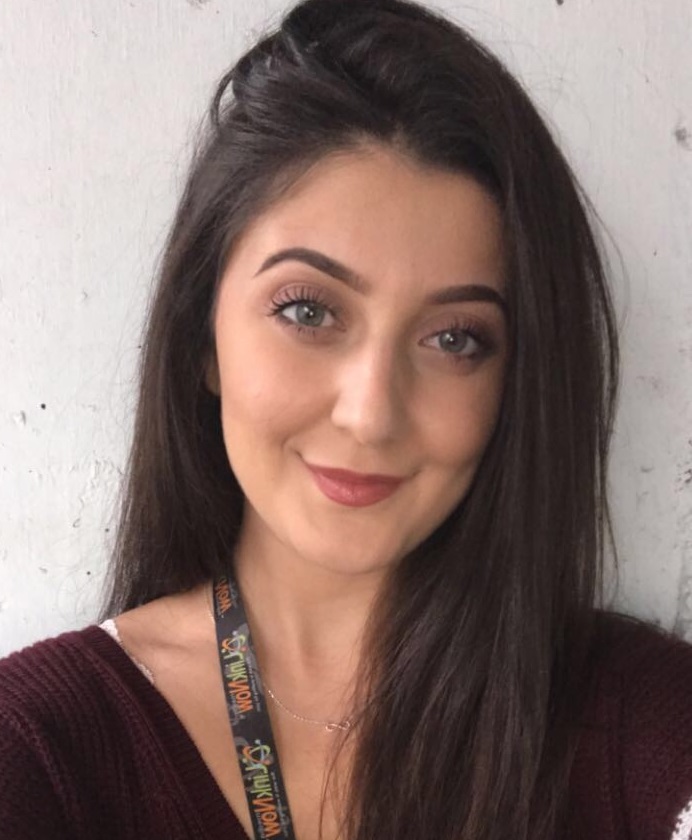 Upon waking up, Azar has to fight her brother over who gets the bathroom first. He usually wins since she’s too tired and lazy to actually get out of bed. This leaves her with about 20 minutes to get ready, run out the door and get her hands on an excessive amount of coffee! Along with playing Bejeweled, these are the things that get her ready for work. Sitting at level 448 and counting, you could see this as sad, or as a great accomplishment!

Azar arrives to an office that smells like cookies and vanilla, which tends to lure co-workers in, in the hopes of something good to eat. They’re disappointed every time when she points to the wall plug, the real source of the smell.

Every day on the job is different in HR. Mondays are orientation and training and are the busiest with lots of running back and forth between the training room, her office and the supply room. These are the best days to hit her 10,000 step goal on her fitbit! The rest of the day is spent creating employee files, inputting information into systems and chasing people around for direct deposit forms.

In the middle of the week, she’s stalking Dan (our tech guy) to harass him with her PC and printer issues. She’s pretty sure he hates her.

Her workspace is messy but clean. She knows where everything is, and doesn’t let anyone touch the stuff on her desk. But inevitably people like Justin, Jarett and Dan come in and mess everything up. Her chair is a free-for-all. First come, first serve. Unless it’s break time—then you’ll get the boot!

Break time is when Azar catches up with everyone on the floor. And by catch up, she means have oatmeal and a banana, sit in the caf with Dwayne and Justin, and listen to them talk about fitness and football for 10 straight minutes. If she skips a break, it’s to focus on calls, meetings, emails and interviews, which do happen to take precedence over fitness and football.

It takes a lot for Azar to have a really bad day, but one thing that comes to mind is people who are late. If it’s a busy day, then she expects all potential employees to be there on time. If one’s late, they produce a domino effect. Pro tip: If you’re interviewing at LinkNow and think you’ll be late, send an email or give us a call. Azar is nice, she swears!

If it’s one of those days, she’ll go to Paige for support because she gives the best pep-talks!

Azar loves coming back to her job every day because of the people she works with. They’re hilarious to be around and make the day go by faster. The position she has is constantly growing so she gets to learn new things. Every day is different!

She appreciates that her co-workers are extremely hard-working. Being surrounded by that is really motivating—seeing everyone work together to get something done. But they also have a lot of fun. The LinkNow team has a great balance between working hard and still enjoying their time on the job. This gives Azar pride when it’s someone she has hired!

“Shout out to Eve, Wes and Arielle for making this such a great environment to work in and for always checking in on me. “

Azar’s three keys for success in the HR Department:

• Patience. Lots of it. • Multi-tasking is EVERYTHING. • Know when to say no.

There are currently no comments for A Day in the Life of: Azar Briefkani Human Resources [Series Post #10].