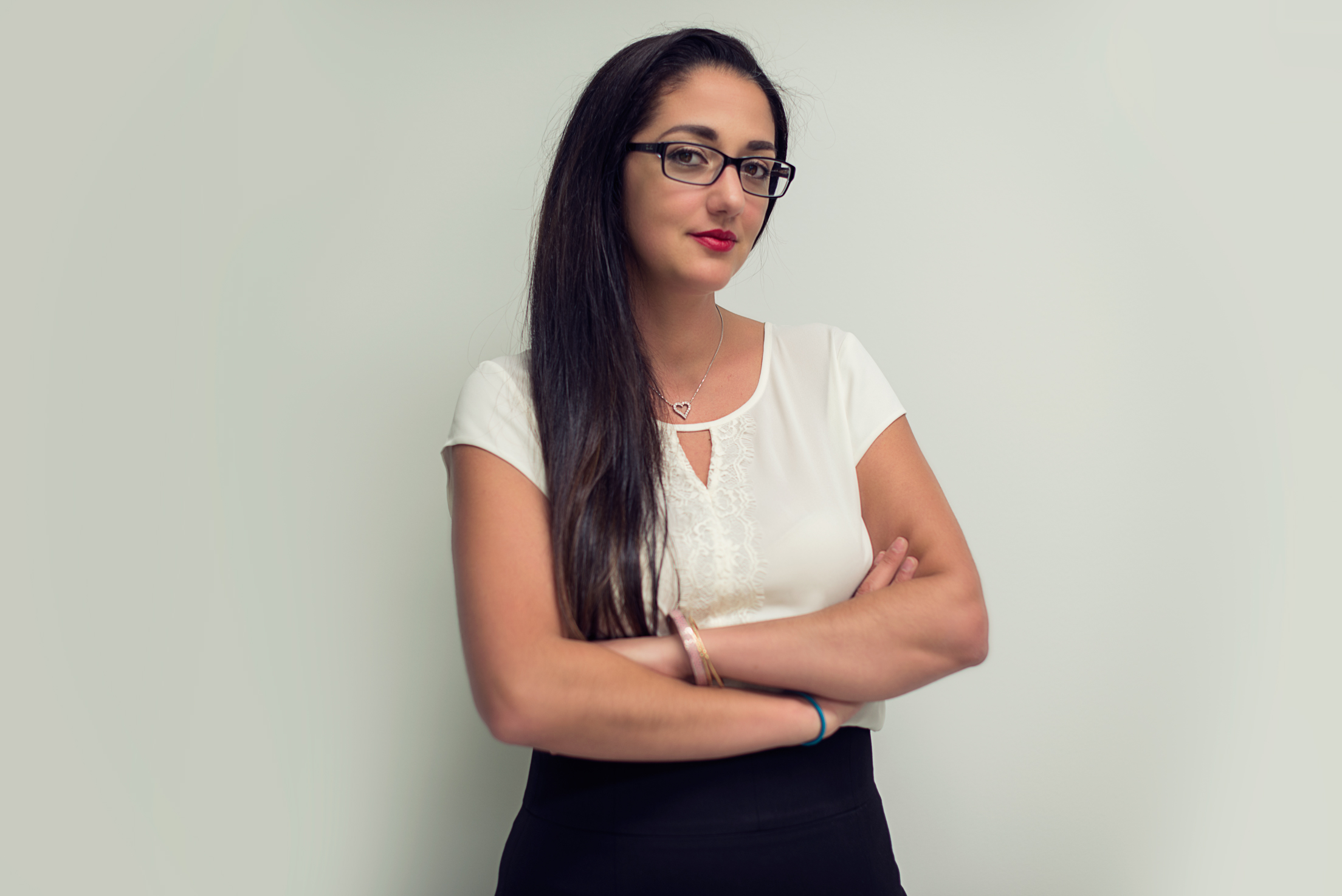 With two young daughters (ages five and seven), Eve’s day starts at sunrise and consists of her running around like a chicken with her head cut off. Since they’re easily distracted and have little interest in eating the healthy breakfast given to them, she must monitor the girls constantly until they are safely off to school. Then begins the mad dash to beat her husband to the bathroom so she can start putting her face on—a process which has been condensed to 15-20 minutes.

On the way to work, she stops at Starbucks for a venti non-fat latte with an extra shot, which helps her to get ready for the swarm of people that will surround her before she even gets to take her jacket off.

Though Eve has her own office, she chooses to sit in the “pit”, or main floor, with her staff. She believes it’s important to be in the trenches to make herself available to them whenever she’s needed. That being said, she is still particular about her desk and surrounding workspace. This area is typically full of Post-it notes stuck to her computer screen with the most pressing “to-dos” of the week, but other than that it’s clutter free.

She’s invested a lot of money in her desk chair, as she spends more time sitting in it than anywhere else. There’s even a special chair reserved beside it so that people can sit while reviewing a client file, discussing changes, or other aspects of day-to-day life at LinkNow Media.

Director of Operations is a massive job, and Eve has her hand in everything, including:

With such a busy schedule, the only thing that can completely ruin Eve’s day is a lack of productivity. One of her biggest pet peeves is someone who is not able to take constructive criticism, and takes it personally. Everyone can improve in one way or another—it’s how we evolve!

All that being said, it’s clear that Eve does not take breaks. When the staff is on a break, that’s the window where she can get some personal work done. If she’s able to steal a few minutes here and there, it’s to go visit other departments and show her face. Rumor has it, that she’ll also mess up certain co-workers’ spaces for fun—but, there’s no proof of this.

Day after day, her co-workers, as well as a passion for the industry, are what keeps Eve excited to come back to work. There’s something new almost every day, and if you ask anyone they’ll say she loves to evolve, change and perfect. When asked about the people she works with, Eve says the culture at LinkNow is amazing.

When asked to add anything else, Eve points out that LinkNow is more than just a workplace. We allow everyone to have a voice, and we really are a family!

Eve’s three keys for success as Director of Operations

1. Being highly adaptable. 2. Multi-tasking to the max. 3. Staying focused!

There are currently no comments for A Day in the Life of: Eve Mendelovitch Director of Operations [Series Post #9].