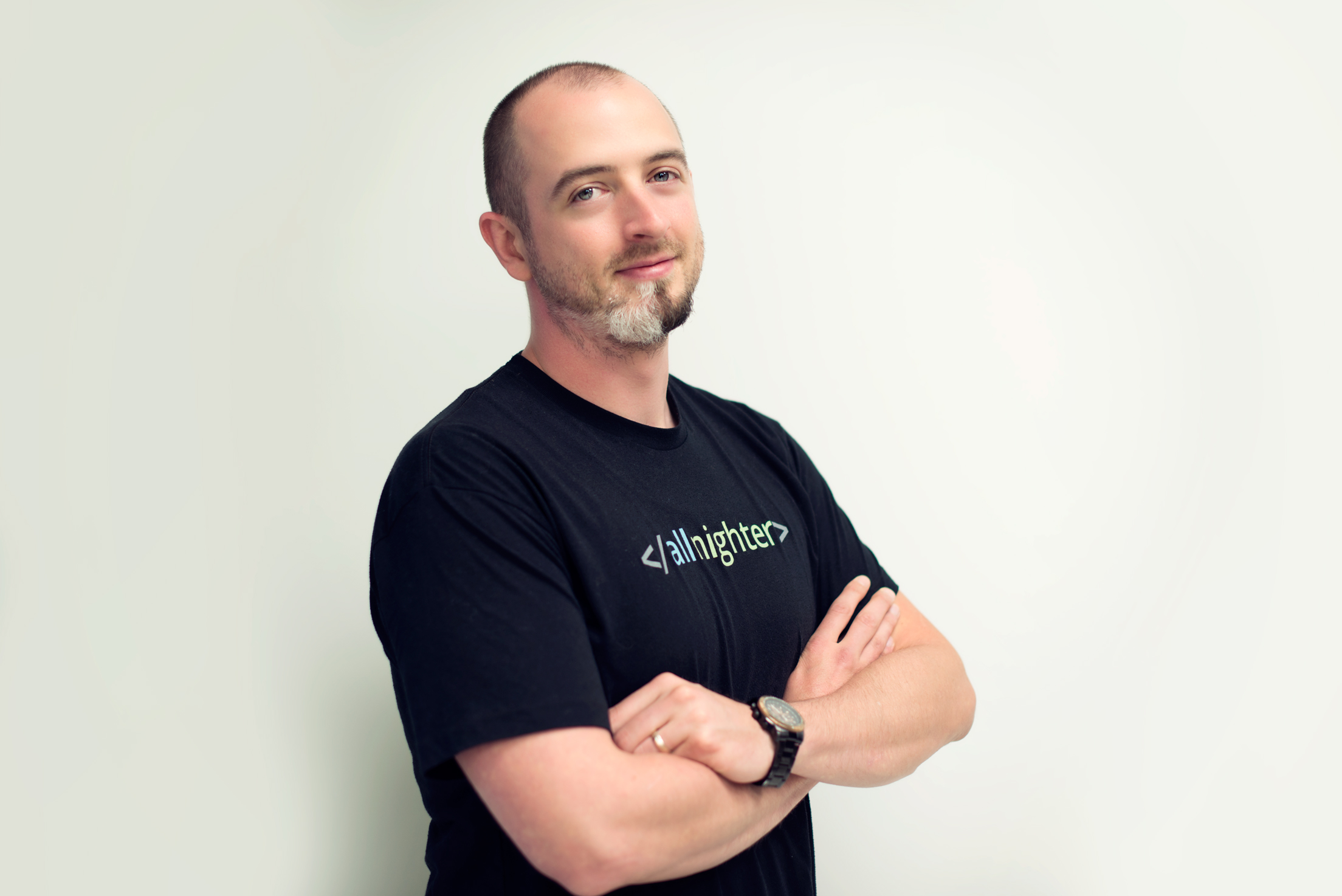 Ken’s drive to work is two hours long, so he gets up at 6 a.m. with his wife, and scrambles to get out of the house in 30 minutes. The drive is a pain to deal with sometimes, but pro tip— audio books make it tolerable.

When he gets to work, Ken has some necessities in terms of his workspace. His computer monitors need to be at the right angle and height, and he needs to have a keyboard and mouse that he’s comfortable with. While he’s picky, this doesn’t necessarily mean neat and tidy. He’d describe it as “cozy”, more of a nest really. He’s also quite attached to his chair that is set up perfectly how he likes to sit. Spending 40 or more hours a week in this chair essentially makes it an extension of his body.

In terms of tasks, Ken has quite a few. Right when he gets in, he checks the ticketing system and GIT. He tries to prepare himself and the rest of the team with a solid outline for the day/week. He’ll also check out the load on the servers to make sure any of the previous days’ changes have not adversely affected the load. Then of course there’s email. After this he’s able to get into whatever project he’s currently working on, whether that be building a template, custom programming, correcting issues in GIT, doing tickets, etc.

Fridays depend on how many fixes were added to the templates on GIT over the week. Ken will usually upload all the templates to the servers to make them all uniform, and then test to make sure there are no major issues. He does this on Friday because most people don’t work late on Fridays and launching a bunch of changes when people are working is not a good idea. He doesn’t want to interrupt the workflow of fellow co-workers if a fix that is released has bugs that might disrupt them.

The sort of thing that can ruin Ken’s day is the interruption of workflow. Releasing a patch on the templates/versions that cause issues, then having to roll back the changes. Getting a custom programming request from non-standard payment gateway (Payeezy can be an absolute nightmare, and is not “easy”!) . Things outside of the office can be frustrating as well, such as accidents/construction on the route to work (traffic is bad enough as is!) and of course, a lack of coffee isn’t great either.

But of course, Ken comes back every day. What keeps him here is the fact that the Web industry is absolutely fascinating. There is always something new to learn or improve on. He enjoys the challenge, and also his friends.

Sometimes Ken takes shorter lunches if he’s working on a tight deadline, but he normally prefers sitting with close friends or taking a break with them outside, instead of hanging out in the noisy kitchen.

His favourite thing about the people he works with is how some of them genuinely care about you and your feelings. You get attached to people that you spend 40+ hours a week with. He’s closer with some of the people here than he ever was with some older non-work friends.

When asked if he’d like to add anything, Ken let us know that he is the hot dog eating champ. Even though most people booed when someone from design team won—well, too bad because he did!

Ken’s three keys for success in the dev department:

Constantly learning and adapting to the ever-growing standards and techniques of the Web Industry.

There are currently no comments for A Day in the Life of: Ken Hyler Senior Programmer and Lead Developer [Series Post #4].